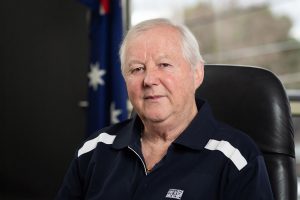 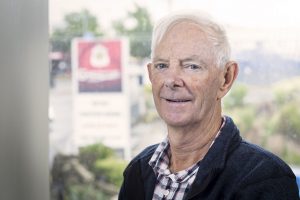 The Banyule 20/20 project aims to capture bits of history through the stories of twenty local residents.

Privileged to be interviewed for the project are our very own Committee members Dal Crocker (Vice President) and Bill Telfer (Secretary).

The RSL – Supporting our community

Many people believe that the RSL only assist veterans and their families when in need. This is most definitely our primary objective, and the RSL have been doing it since 1916.

The RSL effectively cover Australia with a network of state branches and Sub Branches and we provide support to current and former members of the defence forces including those currently deployed overseas and in particular, those wounded in action. We provide many advocacy services to ensure our veterans get their relevant entitlements so that they can live their post-service life with dignity.

In addition to this however, we are a community organisation and our community support is wide and varied including:
•  Local sporting groups and clubs
•  Educational institutions with grants and scholarships
•  Emergency services with equipment and funding
•  Health and aged care
•  Kindred organisations such as Legacy
• Other mainstream charities doing great work across Victoria.

Below you can read about some of the most worthy community projects we undertake every year. 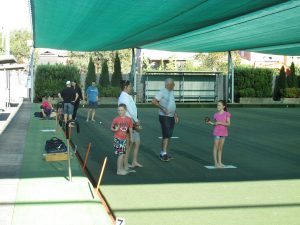 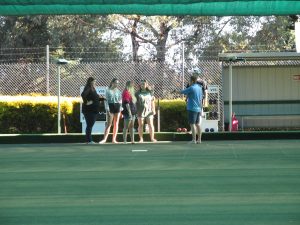 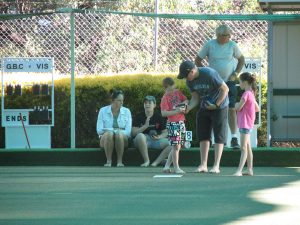 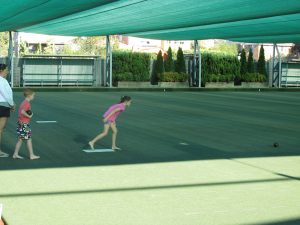 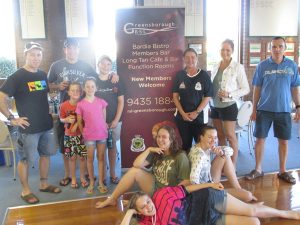 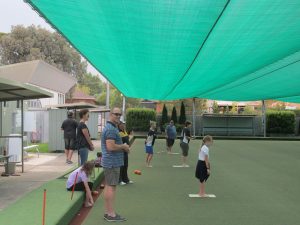 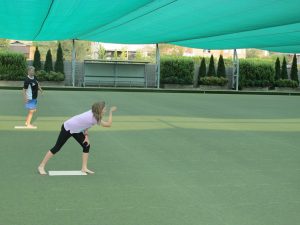 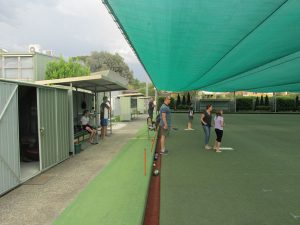 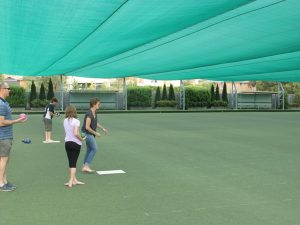 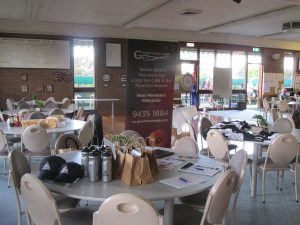 All the families that attended thoroughly enjoyed themselves and are looking forward to future events like this. The evenings started off with a quick brief by the members of the Greensborough Bowling Club about the rules of Barefoot Bowls. Then all the families enjoyed a game of bowls before returning to the club rooms for a sausage sizzle and quiet refreshment. After checking out the merchandise from RSL Active and Greensborough RSL, the families returned to the bowling green for another game.

The Greensborough RSL and RSL Active will also be conducting wellness workshops monthly starting in May. These workshops will be conducted on Wednesday nights.

All these events are open to Veterans and their immediate families (minimal or nil cost) and also open to members of the Greensborough RSL (full costs).

For more information about these events or RSL Active, please contact Berdene Oxley-Boyd at committee@rsl-greensborough.com or via reception on 9435 1884. 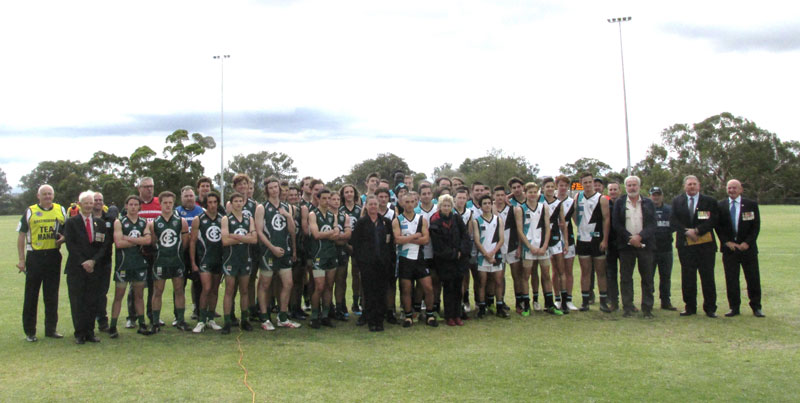 On Sunday 31 March 2019, the inaugural Andrew Jones Memorial Cup was held between St Mary’s Junior football club and the Greensborough Junior Football club. The day consisted of a series of practice matches between the different age groups, with the cup game held between the U/17s.

Andrew Jones parents, David and Jenny, attended the cup game and participated in the tossing of the coin and also presented the cup

A great day was had by all, with great friendly rivalry happening between the two clubs, who normally play in different leagues. Secretary Bill Telfer and committee members  Berdene Oxley Boyd and Malcolm Davis visited each team to give them motivation speeches and President Lee Webb, conducted the ANZAC Service.

Thanks go to the committee members of both clubs who have been fully supportive of the Andrew Jones Memorial Cup. 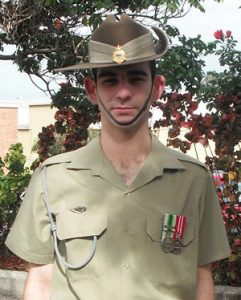 L/CPL Jones was killed in Afghanistan on 30 May 2011 and was from the Greensborough area.
Find out about L/CPL Jones's life here. 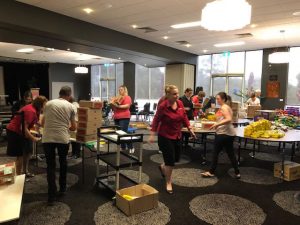 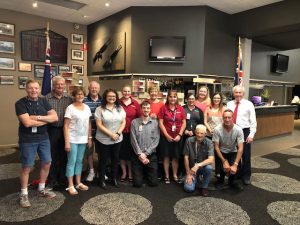 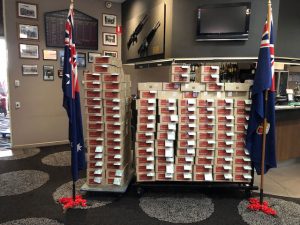 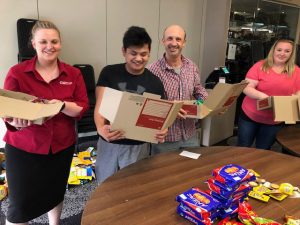 Back in November last year we donated 200 Christmas Care Packages to our troops currently serving overseas.

Thank you very much for your generous care package; it was extremely well received by the team. It is always an enjoyable occasion when gifts are received from home, especially this close to Christmas. It is a nice change in tempo to stop for a moment and enjoy some Aussie favourites.

To briefly tell you a bit about myself; I am serving with the Theatre Communication Group, I have a wife and two children back home and hail from Brisbane. I have spent many nights at your RSL as I have been posted to Watsonia Barracks and conduct all my training there. I'm thankful that we are able to watch some of the cricket while on deployment but am thoroughly looking forward to returning home early next year.

Thank you for your generosity.
Regards,
Christopher

If you'd like to read more of the wonderful letters we received from our troops, please click this link https://bit.ly/2Rz2rgO

The Greensborough RSL Sub-Branch established the Living Spirit Fellowship in 2010, as it wanted the younger generations to learn about the sacrifices made by the men and women of Australia’s’ army, navy and air force over the last century, so at to ensure that the freedoms we enjoy today are never forgotten.

The annual Fellowship is open to the Year 10, 11 and 12 students of the 18 secondary schools and colleges surrounding the Greensborough

The successful applicant, accompanied by a parent/guardian, will attend the Anzac Day Dawn Service at Hellfire Pass on 25th April 2020 as part of a ten day fully escorted tour to Thailand/Myanmar.

The Selection Panel assess for the level of research and detail of their answers along with their stated expectations of the proposed visit to Hellfire Pass and what message they would bring back to the community. Interviews are conducted with the top three to five applicants in November.

All previous winners have commented favourably on their experience.

Amy Norton, the 2018-2019 recipient,  stated her family learned so much about her uncle that they did not know about, especially his life working on the railway.

The 2016-17 Fellowship recipient , Luke Stella stated that it was expected to be a life changing event.

In her submission, the 2015-16 Fellowship recipient, Bridget James stated that she wanted to walk in the footsteps of her great grandfather who died as a prisoner of war at Hellfire Pass.

The winner of the 2014-15 Fellowship, Alana Roberts stated she expected the tour to be “a once in a lifetime experience”. On her return she said the experience was “AMAZING”.

Aydan Hussein, the winner of the 2013-14 Fellowship, said he “enjoyed the tour immensely and it was a great cultural and historical learning experience”.

The Fellowship has been largely funded by the generous financial support of sponsors, from around the Greensborough area, together with RSL Sub-Branch funds and donations.

For further information, speak to your year Coordinator for an application form or you can request one by sending an email to: 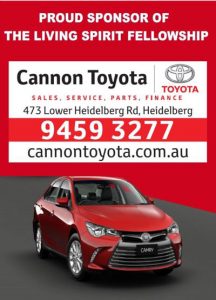 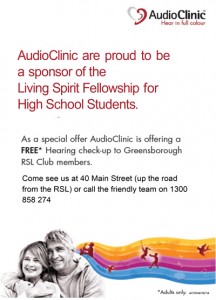 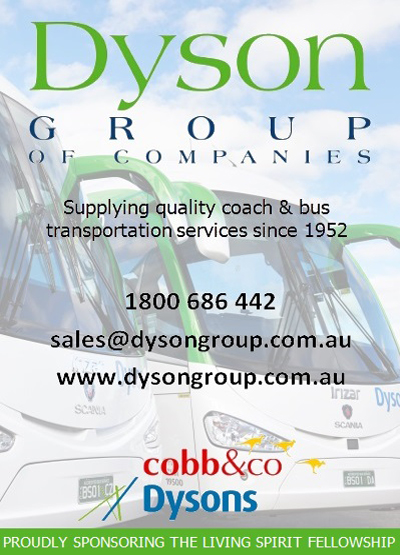 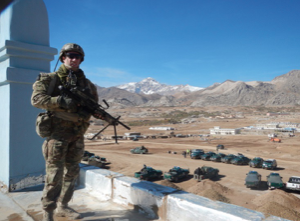 In May 2015, Greensborough RSL became aware of the circumstances of a young veteran whose story  had been published in the local Leader newspaper.  Our CEO, Barry Thompson, on reading the article, bought  Joel’s  plight to the attention of the Committee with the message, ‘we have to help this young man’.

Joel was a Regular Army Infantry soldier who served seven months in Afghanistan with the 7th Battalion, The Royal Australian Regiment as a rifleman.  He was awarded a commendation from the USAF for his high standard of soldiering and professionalism.  He was also an outstanding footballer who represented Army in inter-service competitions and enjoyed Army life – the all round contemporary soldier of the modern soldiering era.

But all that changed forever on 31st August 2014 when Joel had a fall over a staircase and broke his C2 and C5 vertebrae.   The fall left Joel with spinal cord damage as well as fractured thoracic vertebrae and his sternum.  At the time he underwent six hours of surgery and doctors were able to stabilise his neck fractures to prevent further spinal cord damage by inserting a titanium cage and fusing the C4 to the C6.

The injury that night left Joel a C5 incomplete quadriplegic, meaning there is still some messages getting through the spinal cord and the extent of his recovery is unknown.  Joel has no movement in his legs and his upper body can only activate his biceps, forearms and wrists.

Whilst his injuries occurred in Adelaide where Joel was based, he was airlifted from the Royal Adelaide Hospital to Melbourne’s Austin Hospital followed by 12 months at the Royal Talbot Rehabilitation Hospital.

To date, the Sub-Branch has assisted with medical expenses, equipment and home improvements to make his living conditions ‘wheels’ friendly.

Joel will be undertaking two months of rehabilitation in the US (San Diego) under the banner of Project Walk during June and July 2016.  Project Walk provides an improved quality of life for people with disabilities through intense activity-based recovery programmes, education, training, research and development.  The treatment on offer is not yet available in Australia. 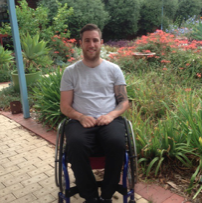 He hopes to be able to come back stronger, more independent and knowledgeable about his injury and how to keep succeeding in his recovery.

Greensborough RSL would like to thank the following sub-branches for their assistance in helping to get Joel to the US:  Anzac House,  Bairnsdale,  Bentleigh,  Box Hill, Dandenong, Glenroy, Longbeach, Reservoir, Sunshine and Watsonia.

As we tell those who buy a poppy, your donation helps the Joel’s of this world.

A very happy event took place at the Melbourne Aquarium on 20 October 2018. Joel Sardi, our Afghanistan veteran, married the love of his life Elisa Mascitti. We wish them good luck and every happiness now and in the future. 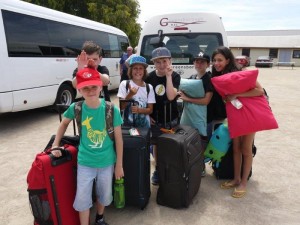 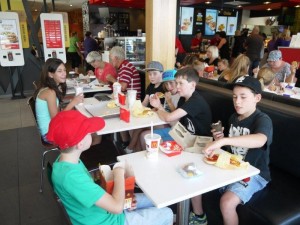 Over the years the RSL have made it possible for numerous deserving children to attend the annual RSL supported Portsea Camp. This year 6 lucky children were selected from numerous Banyule Primary Schools and yesterday driven to Portsea by our CEO, Barry Thompson and our Secretary, Bill Telfer.

As you can see all the children were very excited about their little adventure away, and after a quick lunch at Maccas it was off to Portsea to start their week of fun and games.

Hurry up it's nearly sold out again, www.trybooking.com/events/landing/1000270
quite possibly the best Tribute act in Australia with a 2-course meal for $64.90, get your tix now before they sell out. ... See MoreSee Less

$5 Schooners, Back by popular demand, Every Saturday in February In the main and members' Bar. Everyone is Welcome, become a member for only $10 and go into our $20,000 cash draw ... See MoreSee Less

Hurry up it's nearly sold out again, www.trybooking.com/events/landing/1000270
quite possibly the best Tribute act in Australia with a 2-course meal for $64.90, get your tix now before they sell out. ... See MoreSee Less

$5 Schooners, Back by popular demand, Every Saturday in February In the main and members' Bar. Everyone is Welcome, become a member for only $10 and go into our $20,000 cash draw ... See MoreSee Less