The first recorded history of a meeting involving WW1 veterans was at the house of Alex Spence in Briar Hill in 1929. Those known to attend were Alex Spence, Reg Riglar, Gus Lines, Reg Jackson, Alf Gee, Vic Coe, Frank Gibb, Jack Andrews and without doubt, others who are not known. From the records available it appears that the main item of discussion was what to call the club as those of the day appeared to think that Briar Hill would develop quicker than Greensborough. Unfortunately all of those known members who attended this inaugural meeting in 1929 have passed away, the last being Vic Coe who passed away in 1988. 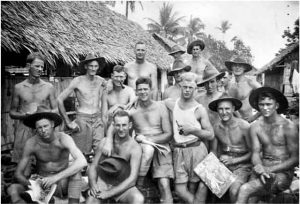 No records are available about what occurred between 1929 and 1931. So what business was discussed during this period is anyone’s guess. The first charter was issued to Greensborough RSL Sub-Branch by the Returned Sailors, Soldiers & Airmen’s Imperial League of Australia in 1931. This is a known fact but no names of a President (R,Hardely) or Secretary (D.V. Todd) appear on our honour boards until 1934.

It is rumoured that there was dissension amongst those early members, and a break away group left to form the Montmorency RSL. This, however, cannot be proven but it may explain why the original charter was not replaced until March 1961 in the name of Greensborough RSL Sub-Branch. The reason for this is unknown.

Early meetings took place in members’ homes until it was agreed to hold meetings in the foyer of the local Masonic Lodge. Other memories are of meetings being held at the Ashrill Movie House. Both of these are correct as the Masonic Lodge met on the top floor of the movie house. Minutes of these early meetings have been lost, so what was discussed or actions taken by the Sub- Branch are not known. After WW2 it was obvious that the Sub-Branch undertook a membership drive. Letters were sent to all Returned Service Men inviting them to a meeting with the notion of gaining new members. One of these men was Allan Beecham, who has now been a member for over 50 years. The extended club now set out looking for a permanent home and two blocks of land were bought from Alf Shaw who operated a service station on the site of what is now Diamond Valley Cycles. In 1952, when bought, these blocks cost the grand sum of 402 pounds each.

This remains our current site today. In the 1950’s a Nissan Army Hut was erected on the site by members as their meeting hall. As numbers grew it became apparent that bigger rooms were needed. In the early 1960’s the Nissan Hut was demolished and a new building using concrete blocks and cement sheeting was built by the members. In 1961 this structure was moved to the back of the block and the hall was built by the members. At the completion of the hall it was found that part of the hall had been built on the adjoining property that was owned by Horrie Burkett. This required a cash settlement to be made to Horrie Burkett for the purchase of the piece of land that the hall was built on. So finally the new hall with the old concrete building attached was officially opened by Gus Lines OBE in 1962.

In 1968 the time came for the Club to apply for a liquor licence. This was a long drawn out process taking until 1972 before it was granted. During this time it was required that the Club went “dry” for 12 months. Meetings were opened at 7.00 pm, business dealt with, before adjourning to the pub for refreshments at 9.00 pm, then all back to the club for Stand To and closing of the meeting. In 1979 the extensions to the rear of the existing Club began, including the addition of the games room and the cellar. These extensions were opened for use in 1980. The Club was now competing in darts and snooker competitions, much to the enjoyment of many members. Dances and bingo were now being held in the hall and the Club was growing.

The Government now changed its policy on gaming. So in 1992, after much debate, which at times was very heated and threatened to destroy the Club, the Members decided to apply for a gaming licence. Unfortunately, the fall out of this decision was that a few members resigned as they were so against the introduction of gaming which would allow outsiders into the club. The hall where dances and bingo were held now became the gaming room, a small kitchen was created and sadly, part of the games room was lost to become the bistro and one of the tables was placed in storage for several years.

After several years of gaming and a substantial amount in the bank, the Members then decided to extend again. The debate on the layout and use of the Club again became a heated topic amongst the members. This decision was compounded by the inability to gain permission for the construction of multi-story car park. Finally members decided to go ahead with the extension less the car park and this work was commenced in February 1997. 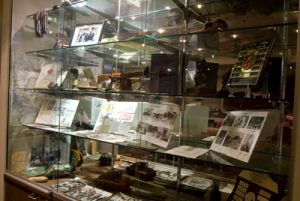 This started a trying and, at times, an amusing period in the Club’s history. Have you ever seen a chef standing in his kitchen cooking or guests playing poker machines, both with umbrellas in hand? The members bar affectionately became known as the moon light bar, due to the lack of a roof for a couple of weeks. This did not stop many of the diehards maintaining their normal positions at their bar.

Then the rain came. Duck boards were hastily constructed to allow members and guests access to the club without walking knee deep in mud. The Committee spent many an evening holding meetings in the builder’s hut, the only place that was available to them. You must feel sorry for the President who attended the club every working day during construction except for one Thursday. The members draw that day was in the vicinity of $1500-00. Finally the big day came in August and at a dinner attended by Mr Bruce Ruxton and over 300 members, the club was officially opened.

Smoking legislation in 2004 had an impact initially and renovations were again required. To combat this problem and to try and open the Club up a little more and make it more inviting to Members and their guests, minor alterations were made to join the downstairs Long Tan Bar and Members area together.

In 2008 the Club embarked on the largest renovation in its long history. A sum of $4.2 million was spent to make us one of the largest Sub-Branches in Victoria. There was not an area of the Club that was not renovated during this very large undertaking. A new 200 seat restaurant with a purpose built kids room, a brand new kitchen with separate bistro and function adjoining kitchens were all added. A larger, very open Members Bar area was created with a TAB Kiosk. A third level was created for a new Snooker/Darts room and storage area. Then in stage two a double story car park was built on the lower side car park and was completed in late 2009.

Our Club today is now experiencing a large increase in patronage and membership from local surrounding areas. At the end of 2009 we will have completed another stage in the history of the Greensborough RSL. Please, you are welcome to come and join us in our journey!!

Who doesn't love donuts. They look amazing and taste even better. Available for only $6-50. ... See MoreSee Less